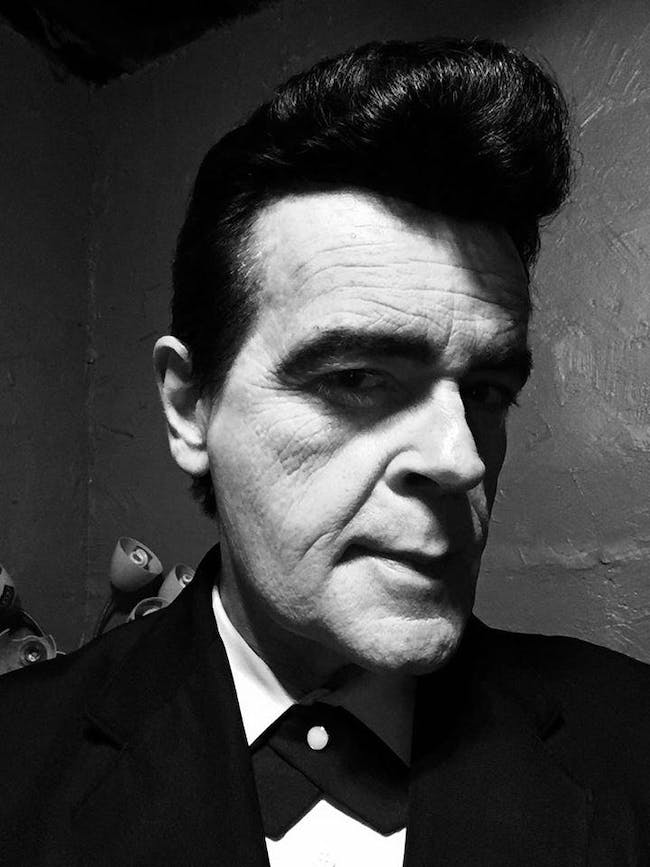 As a live performer, Unknown Hinson has been known to tour for months at a time. Hinson is known to always fire his signature gun on the up swing, a true mark of his skill. He has shared the stage with many notable rockabilly, country, and psychobilly acts such as The Reverend Horton Heat, Marty Stuart, Hank III and Ed King. He has a strong cult following and many high-profile fans, including Ed King, Waylon Reavis of Mushroomhead, Billy Bob Thornton, and Matt Groening. Hank III, grandson of Hank Williams, has Unknown's face tattooed on his biceps. In late 2008, working under his real name of Stuart Baker, Hinson was hired to play bass as well as lead guitar in Billy Bob Thornton's band The Boxmasters. For this hired-gun gig, Baker appears without the familiar Unknown Hinson wardrobe and makeup, instead appearing in a vintage '60s suit, white shirt, and black pencil tie. His manager and booking agent was his wife, Margo Baker (b. 1952, d. 2013).