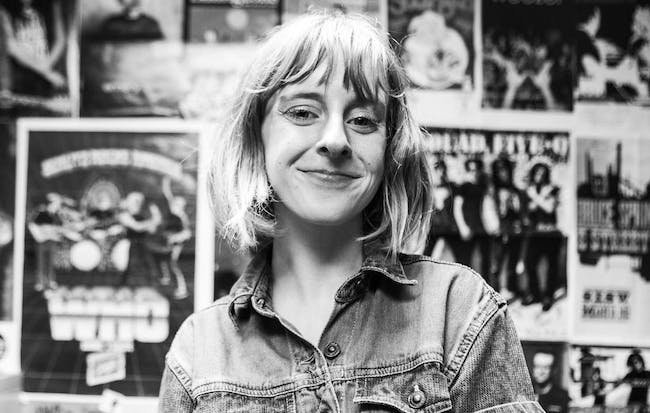 Una Walkenhorst in the Gospel Lounge

Facebook
Twitter
Email
Paired with refreshingly raw vocals, Una's heartfelt lyrics "will stop you in your tracks (at once beautiful and chilling)"

Una Walkenhorst is an indie folk singer/songwriter from Kansas City, Missouri. Following the release of her debut album scars in 2014, Una loaded up her '97 Honda Civic and began a diy tour across North America that would last nearly a year and a half.

Since then, Una has opened for artists like Soccer Mommy, The Wild Reeds, & Bela Bleck; played NPR’s “Best of Kansas City” concert for her 2018 Tiny Desk contest entry; toured Norway promoting Bob & Una Walkenhorst’s new album; and was awarded 2018 song of the year by Kansas City’s NPR music station, 90.9 The Bridge, for her song, “For Tomorrow”. Along with organizing benefit concerts for organizations like The Midwest Innocence Project and MOSCA (Metropolitan Organization to Counter Sexual Assault), Una works alongside Johnson County Mental Health in Kansas on community outreach projects to open up the conversation about mental illness.

Paired with refreshingly raw vocals, Una's heartfelt lyrics "will stop you in your tracks (at once beautiful and chilling)" (gilded palace radio). Weaving stories of genuine human experience with songs like “Birdie” and “The Woman Who Owned Herself”, Una captures the essence of traditional folk music while incorporating her own brand of lyrical candor.