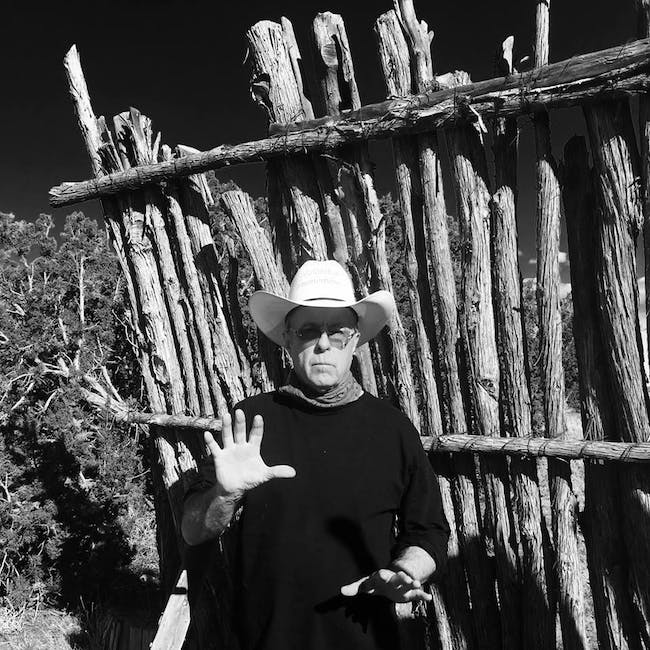 Tom Russell’s latest recording of original compositions, October in the Railroad Earth, is set for CD and vinyl release March 15, 2019, on Frontera Records in North America and Proper Records for the rest of the world. He describes the songs and sound as “Jack Kerouac meets Johnny Cash in Bakersfield.”
Bill Kirchen is featured on lead electric guitar, Eliza Gilkyson adds vocals, and the Grammy® Award-winning Texmaniacs appear on “Isadore Gonzalez,” about a Mexican cowboy who died in England during a performance of Buffalo Bill’s Wild West Show. The record contains nine other originals, including the title song from the Irish film Small Engine Repair, and a cover of the traditional “Wreck of the Old 97.”