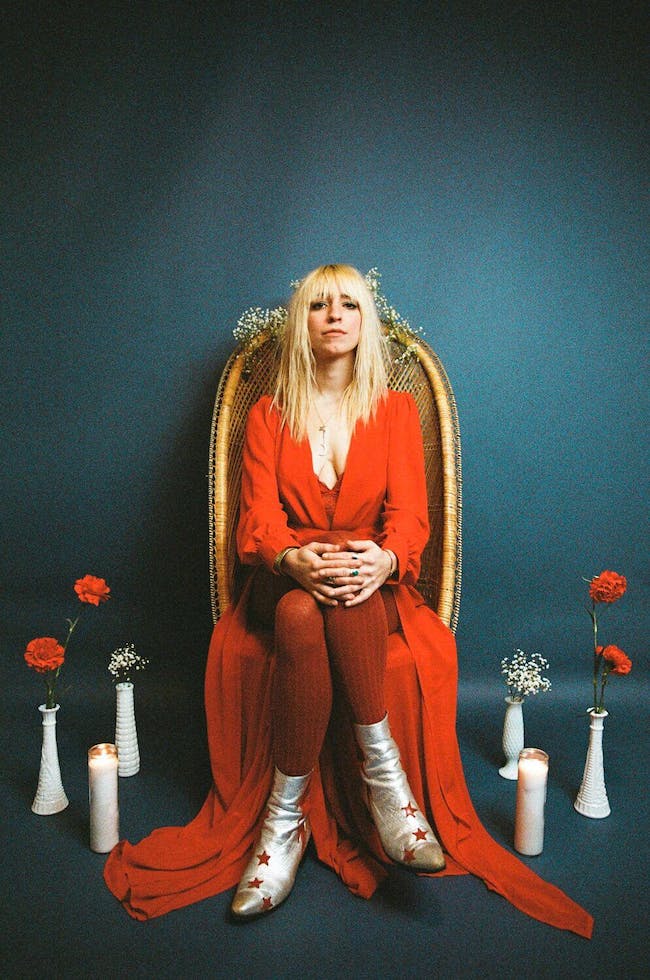 The Minks are Nashville’s “psychedelic-bloos” band, heavy on the rock and roll. We’re talking low- down, all the way, purse-lipped, eyes-shut, head-whirling kind of rock and roll. The band’s palpable sound has roots in every music fan’s top ten—from Lou to Patti to Creedence to Hank. Mixed with raw, jangly instrumentation and soulful saccharine vocals, it’s as much a throwback as it is an answer to the often overlooked underbelly of Nashville’s rock and roll scene. Frontwoman Nikki Barber began writing and recording songs in a makeshift, basement studio at a young age. She decided to move to Nashville where Barber created the rock and roll, four piece band, The Minks. With the same innovative “garage rock” spirit she started out with, Barber, alongside coproducer Joe Bissiri, began recording her debut album, Light & Sweet, at her home in Nashville Light & Sweet is about finding the silver lining amongst the madness- a timely call to arms about staying positive in a world that can often times feel bleak. “I wrote these songs as I was living on my own for the first time and calling out the bullshit within my life. These songs were outlets for me to heal, which I hope they will do for other people as well,” says Barber.

The Minks are here. Let’s boogie!