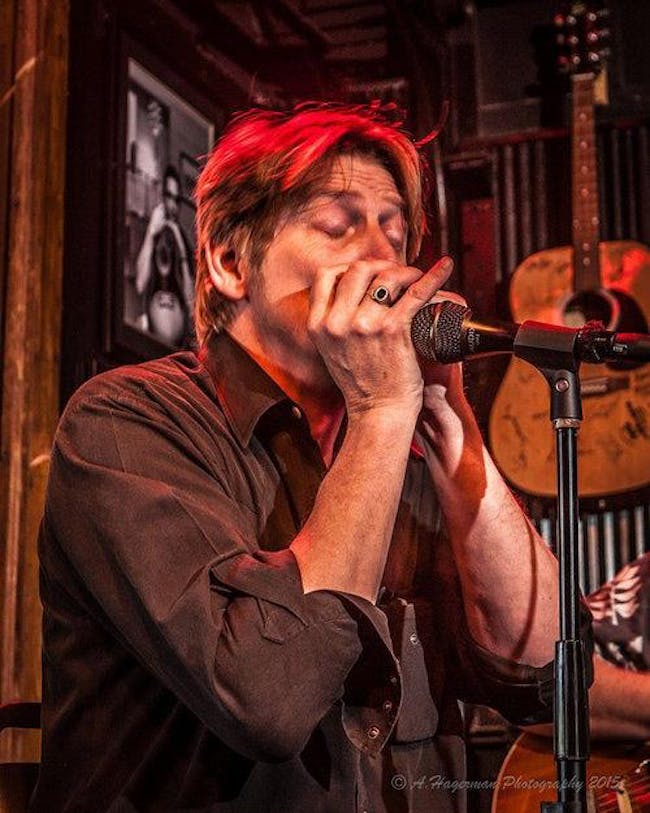 Blues, jazz, western swing, folk, string band, rags, ditties, all make their way through us as we make tall tales out of thin air

John Paul Drum has been playing harmonica for close to forty years. It was one of the first instruments he can remember besides the old upright piano the family had in their home. While searching for a new way to musically express himself in the early eighties he found the music of the old harmonica masters, like Little Walter Jacobs and Sonny Boy Williamson II. From that point, he immersed himself into the blues harmonica and moved to Kansas City. The Big Three originated in Kansas City around 1999. At the time there was no other quasi-acoustic group in town, so they filled a void. The music allows the band to improv upon a theme night after night, keeping things fun and spontaneous. Blues, jazz, western swing, folk, string band, old time, rags, ditties, all make their way through John Paul and the Big Three as they make tall tales out of thin air.