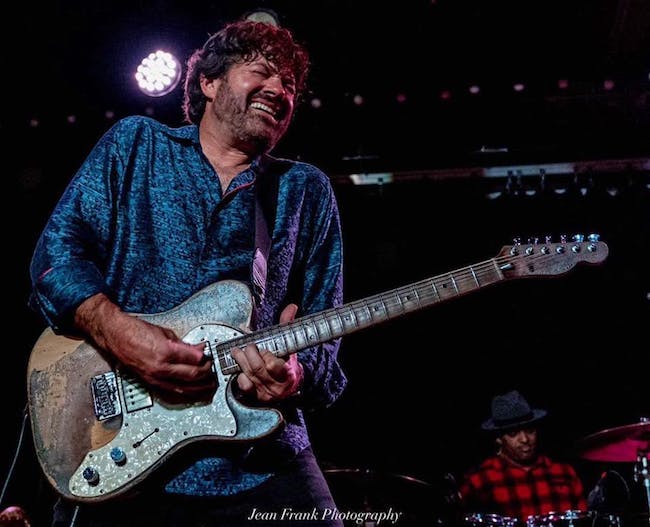 One of the most impressive guitarists to emerge from the rich Bayous of Southern Louisiana in recent years, Tab Benoit’s guitar tone can be recognized before his Otis-Redding-ish voice resonates from the speakers. He doesn’t rely on any effects and his set up is simple. It consists of a guitar, cord, and Category 5 Amplifier. The effects that you hear come from his fingers.