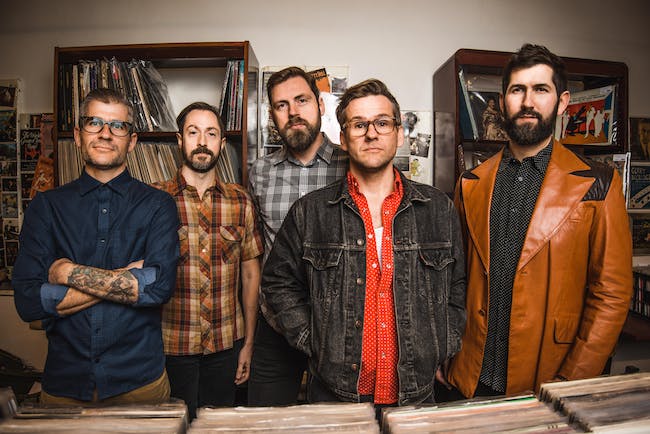 Simultaneously familiar and fresh, the Steel Wheels bring a singular energy to

every note they play and sparkling craf to each song. Tis potent

combination, paired with a robust tour calendar, have made the veteran band

hands-down favorites of fans and peers alike. From their base in Virginia’s

Blue Ridge Mountains, TSW have played the most prestigious festivals,

listening rooms, and clubs in the world, cementing a reputation as one of the

While 2017’s stunning studio album, Wild As We Came Here, was still ringing

in the air, the band shone a light on their concerts with the release of two EPs

of live music; Volume 1: Live at the Station Inn, and Volume 2: Live at Te

Jefferson Teatre. Ever ambitious and not content to let moss grow under their

feet, the Wheels returned to the woods of Maine and studio-retreat of Sam

Kassirer, producer of Wild, to record another studio album, Over Te Trees, to

In keeping with their relentless growth, the quartet has become a quintet with

the permanent addition of percussionist Kevin Garcia to the longtime lineup

2019 also marks the seventh year for the Steel Wheel’s signature event; the Red

Virginia, the annual celebration of roots music and the outdoors hosts a

dazzling musical lineup and a wide array of non-musical activities, including

advantage of the beautiful landscape of the park and surrounding area. Te

ages with the event regularly selling out year afer year.