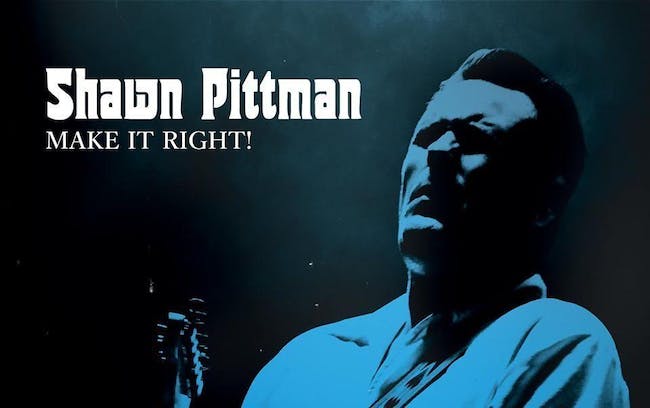 Facebook
Twitter
Email
“Old School? New School? Who Cares? This is Simply a Masterclass In The Blues.” -JACK KIDD, ‘The Rockin’ Magpie’

Although he’s often closely associated with the Lone Star State since originally taking up residence in Dallas, Texas in the early ‘90s, vocalist/guitarist Shawn Pittman is actually an Oklahoma native. Pittman was born in the small town of Talihina at the Choctaw Nation Indian Hospital and raised in Cleveland County, Oklahoma. At eight years old he began taking piano lessons under the encouragement of his mother, but later began sneaking into his older brother’s room to play on his drum kit. By the age of fourteen he had switched to guitar and was soon introduced to the mysterious sounds of Lightnin’ Hopkins and Muddy Waters by Bracken Hale, a good friend and member of his middle school football team. Their friendship would prove significant as Hale would later collaborate with Pittman on writing material for several of his albums. A friend he met while playing basketball at the local ‘Y’; Ben Bigby, introduced teenage Pittman to his father Bernard in Little Axe, Oklahoma. Pittman recalls: “Bernard showed me Jimmy Reed, Elmore James, and Albert King. He also told me I need to learn to sing. I took his advice.”