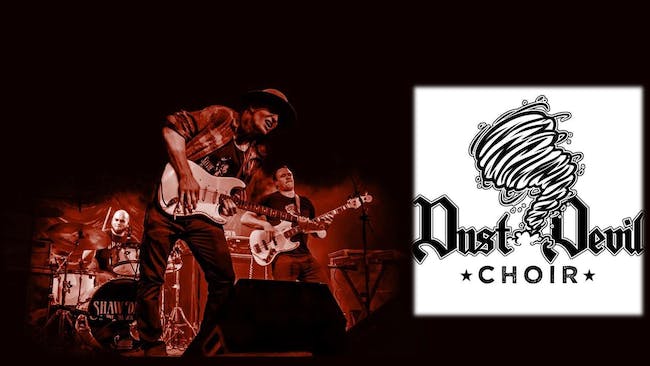 Shaw Davis is rapidly establishing himself in the realm of Roots & Blues Rock. Born April 4, 1995, the young guitarist has burst his way onto the scene and has already been named one of "50 Modern Blues and Rock Artists In 2019" by Rock and Blues Muse.

Shaw Davis & The Black Ties feature an incendiary brand of Hard Blues, Psychedelia, and Roots Rock that continues to resonate with fans and crowds across the country. Backed by drummer, Bobby Van Stone, and bassist, Patrick Stevenson, the power trio has become a mainstay on the national club circuit and have performed with the likes of Foghat, The Guess Who, Blackberry Smoke, Samantha Fish, Chris Duarte, Mike Zito, Albert Castiglia, Walter Trout, Popa Chubby, GE Smith, JP Soars, Anthony Gomes and Eric Tessmer.

Dust Devil Choir are purveyors of American Music at its finest. They infuse roots music with guitarmonies and swagger for a result that isn't entirely blues, isn't exactly country, but is all American rock and roll.