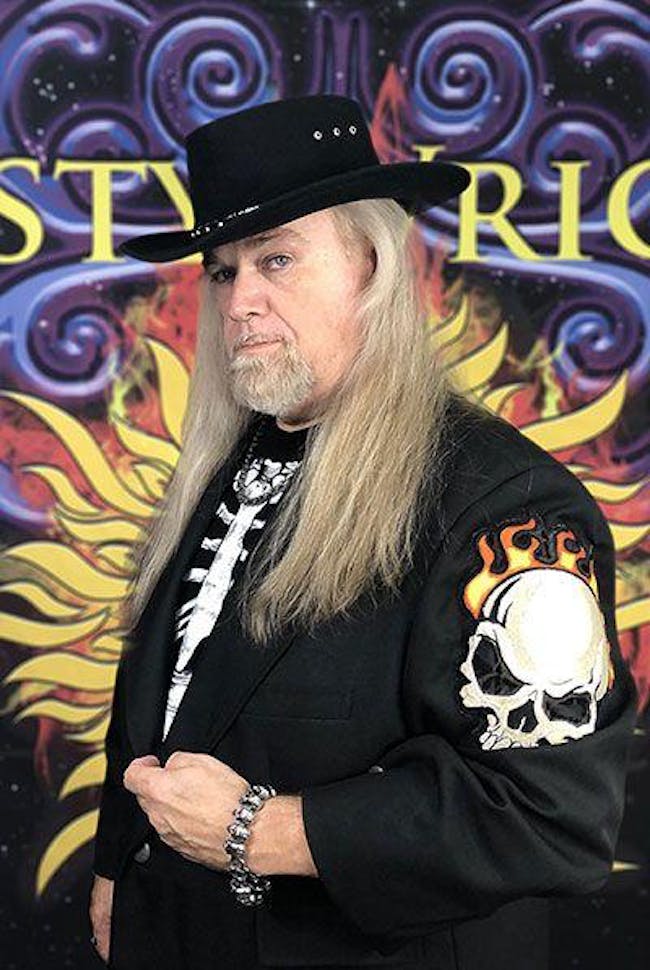 Rusty Wright is a masterful lyric storyteller who ignites his musical tales with world class fretwork. This Billboard Top 10 artist's innovative sound is a hot rod fusing of Texas and Chicago-style blues; swinging boogie & Southern rock. Wright’s song lyrics run the gamut. Ballads like Trouble’s Always Knockin follow the traditional Blues path, while the powerful No Man is an Island was inspired by a story about an autistic child. Black Hat Boogie is a high-energy ode to computer hackers and the tongue-in-cheek Alarm Clock Blues pays homage to the ‘single most nefarious gadget invented by the mind of man’.

In his home state of Michigan, Rusty Wright was hailed as the most compelling blues rock act to emerge from the state in a decade, receiving accolades from Buddy Guy, Charlie Musselwhite; W.C. Clark; members of Lynyrd Skynyrd and Molly Hatchet, and even Question Mark of the 1960s iconic band Question Mark & the Mysterians.