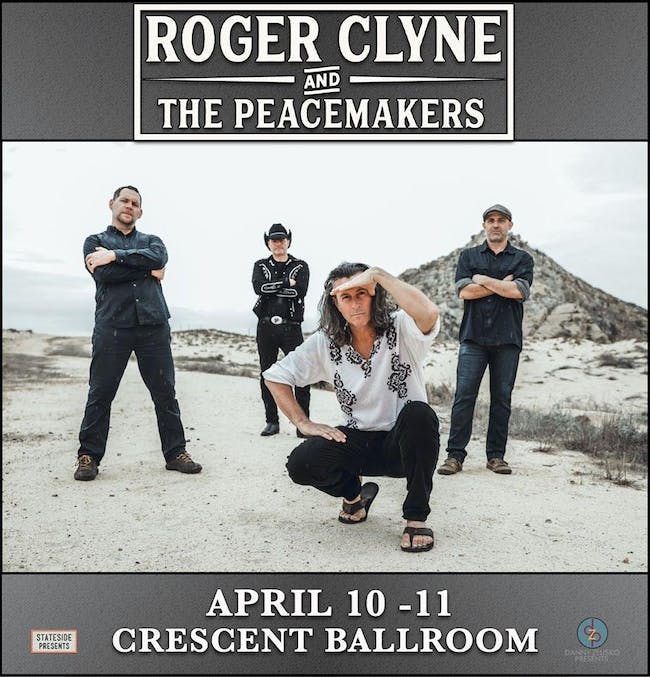 Roger Clyne and the Peacemakers

Hailed as one of the most exciting live acts on the road today, Roger Clyne & The Peacemakers are musical beacons of the Southwest fueled by witty and insightful lyrics, crunching guitar riffs, a dynamic rhythm section and tequila. RCPM are the only act to release seven consecutive studio albums to land on the top 10 of Billboard’s Internet Sales Chart, two at No. 1, all released on a 100% independent record label.

Dubbed the “Springsteen of the Southwest” by the Asbury Park Press, Roger Clyne and his guitar have toured around the world over his 20-year career, starting with The Refreshments. The seminal Tempe, Arizona band made big waves in the ’90s both on college and alternative rock radio as well as MTV with the songs “Banditos” (with the infamous chorus, “Everybody knows that the world is full of stupid people”) and “Down Together” as well as writing the theme for TV’s “King of the Hill.”