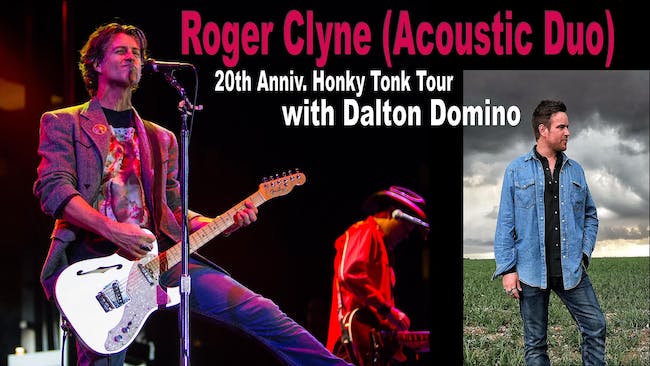 Dubbed the “Springsteen of the Southwest” by the Asbury Park Press, Roger Clyne and his guitar have toured around the world over his 20-year career, starting with The Refreshments. The seminal Tempe, Arizona band made big waves in the ’90s both on college and alternative rock radio as well as MTV with the songs “Banditos” (with the infamous chorus, “Everybody knows that the world is full of stupid people”) and “Down Together” as well as writing the theme for TV’s “King of the Hill.”

Dalton Domino is filled with the wandering spirit of a storyteller that’s never content with simply drawing from the tales of others. Over his life, he’s lived in a number of places, “Every song I have was about a specific moment or a period of time,” Domino explains. “I can’t just make up a song. I have to live in it, or I have to relive the emotions I felt in my life at the moment the song requires.” Dominos tragic and triumphant travels through musical and geographical terrain have led to this moment where he’s a man with serious things to say, as music is the one true way he can fully express it all to us.