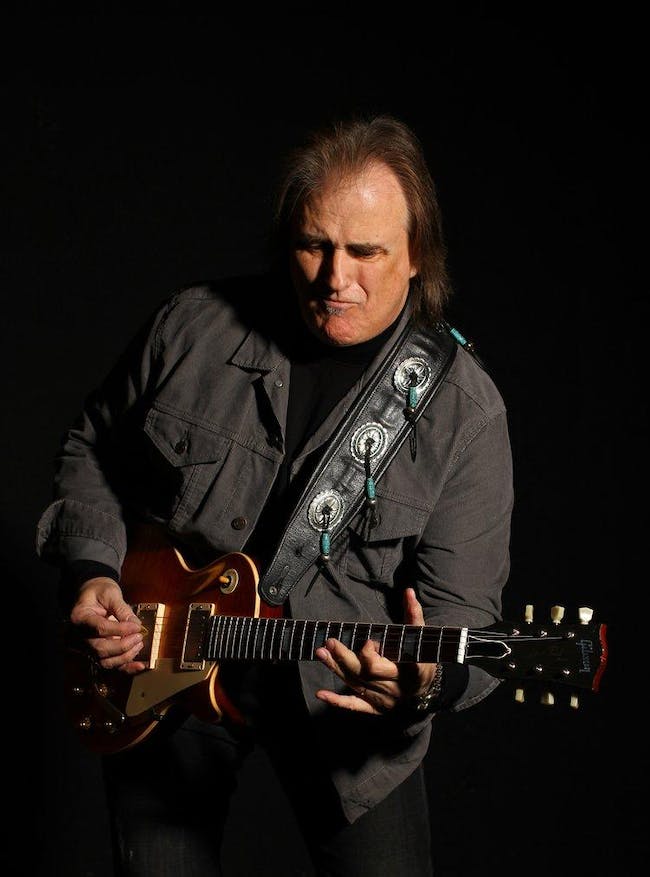 Rocky Athas, known by critics and fans as "The Texas Tornado", "The Malice from Dallas", "The Young Eric Clapton" and "The Last Great Bluesbreaker Guitarist", possesses an arsenal of punishing guitar riffs and catchy hooks that have opened every door.   From recording his first solo album at Willie Nelson's studio with multi-Grammy winning producer, Jim Gaines to working with Buddy Miles and SRV's Double Trouble to Glenn Hughes to Joe Walsh and John Mayall, Rocky has a blues rock pedigree that reads like a Who's Who of musicians. With his wonderfully crafted new album "Shakin' The Dust",  Rocky is here to announce his arrival from the international touring stage with the Godfather of British Blues to his rightful place front and center delivering his musical message with Texas style.