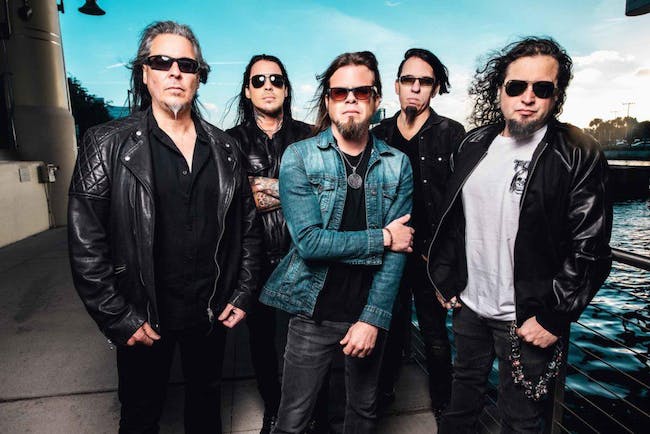 John 5 and Eve to Adam

Queensrÿche is an American heavy metal band. It formed in 1980 in Bellevue, Washington, out of the local band The Mob. The band has released 15 studio albums, one EP, and several DVDs, and continues to tour and record

John 5, is an American guitarist. His stage name was bestowed on him in 1998 when he left David Lee Roth and joined the industrial metal group Marilyn Manson as their guitarist, taking over for Zim Zum.

Eve To Adam is a hard rock band formed in New York City in 1997. They have released 5 albums and had three songs reach the top 40 on Billboard's Mainstream Rock Chart and 1 song, Immortal, that broke the Top 15