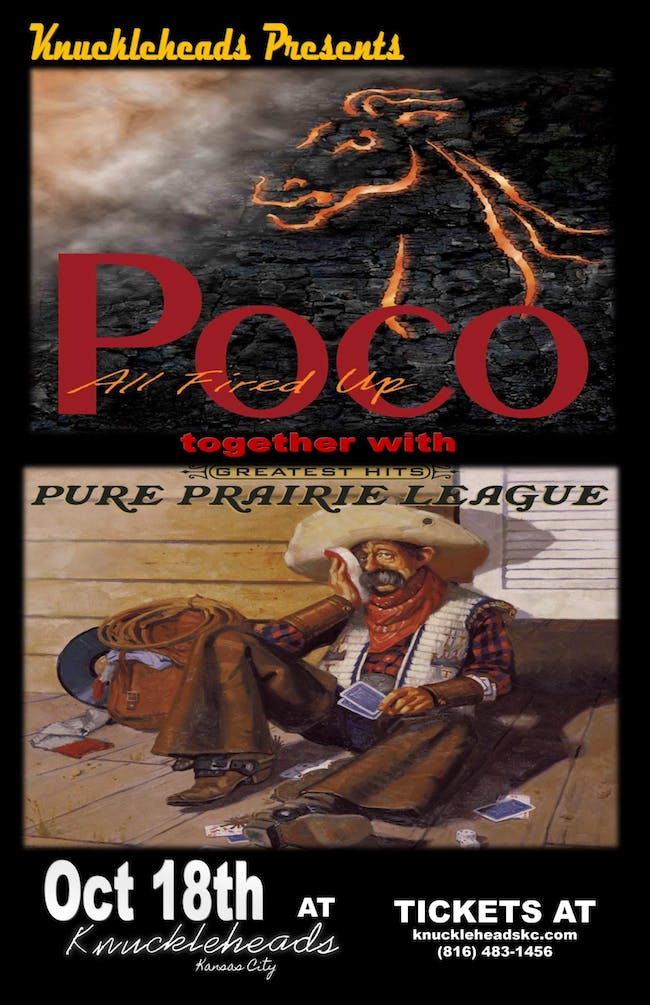 For more than 50 years, POCO, in their distinctive harmonies and stellar musicianship helped define the sound of country-rock. Still led by the band co-founder and multiinstrumentalist who wrote and sang their biggest hits, they are a dedicated unit of four formidable songwriters, vocalists, arrangers and players. And rather than rest on any of these considerable laurels, they instead hit stages coast-to-coast armed with the kind of classic songs and instrumental chops that puts performers half their age to shame.

PPL in the new millennium may be a curious prospect to some, but the bands longevity is a testament to the timelessness of the music. As they write for a new project, they’ve returned to their roots–no sax, but pedal steel master John David Call returning–and it’s no surprise that after all these years their sound is what Country Radio is all about, proving that good music is good music no matter when it’s made or played–and you can go home again.