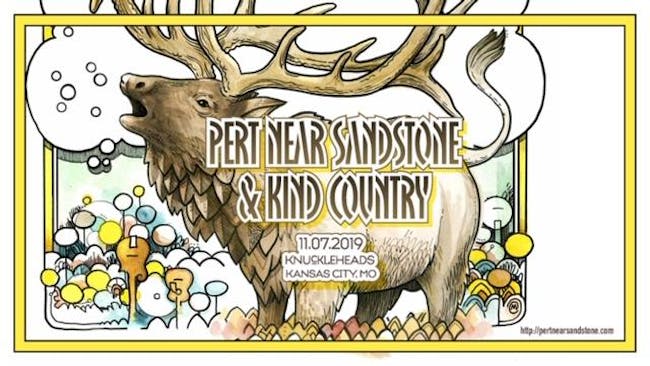 Presented by Bluegrass in the Bottoms & 90.9 The Bridge

Pert Near Sandstone was roughly a decade ago that Pert Near Sandstone first gathered around a microphone in a Minneapolis basement to record their debut album, 'Up And Down The River.' So much has happened since then: highs and lows, personal struggles and artistic triumphs, new faces and new sounds. That chemistry has been abundantly clear from the very first days of Pert Near Sandstone, when the band—whose current lineup features Sipe and Kniebel, founding guitarist J Lenz, bassist Justin Bruhn, and clog & fiddle player Matt Cartier—burst onto the American roots music scene in a flurry of fiddling, picking, and stomping.

Kind music for kind people. Kind Country is a Minneapolis based band that plays American standards as well as their own brand of Cosmic American music. Since their formation in 2012, the band has focused on creating live performances with high levels of improvisation and energy gathering with a goal of creating a moment of musical bliss that can be shared by audience members and band alike.