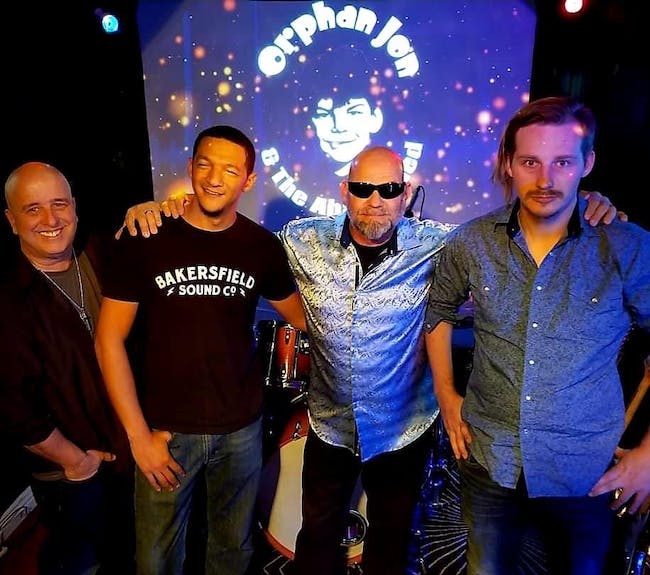 Orphan Jon and The Abandoned is an American Roots & Blues band from Bakersfield, California. OJATA is quickly becoming a go to band because of the high energy and passion they display while performing. Roots and Blues is their life blood, and it shows in their ever popular originals; and the few selective covers, they bring to every show.

It is the bands goal to captivate the audience from the first note struck until the last chord is played while entertaining them both musically and visually. OJATA simply put, is a very unique band. Unique in that they express themselves in such a way; that’s so different, that many have said after seeing them perform live, they’ve never seen nor heard anyone like them before. And not only do they capture the traditional fans of the blues; which they so love and cherish, but also have been gaining more and more of a younger audience due to the Roots style of music they showcase everywhere they’ve been honored to play.

When you see and hear OJATA you will be taken on a journey through the ups and downs, the twists and turns, peaks and valleys of the vibrancy of love and everyday living through their music. They are a rare breed full of spirit and charisma, and they put on a show that is both energetic and captivating with a tight sound like no other.