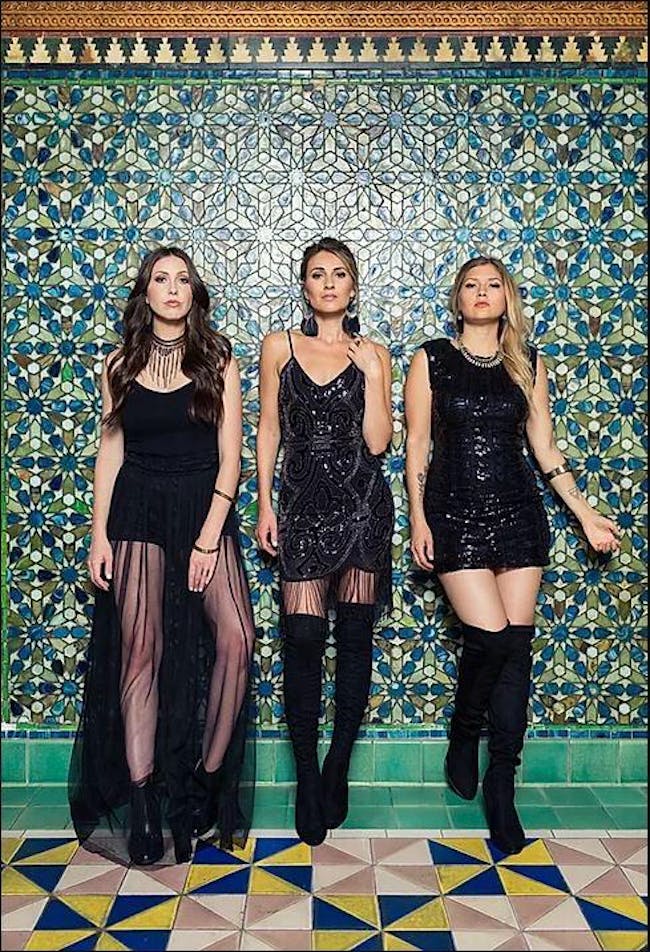 Facebook
Twitter
Email
OLIVIA FOX was born – capable, intelligent, brave women supporting others. As the band often says, “We are all OLIVIA FOX.”

Since the band’s inception, the women bonded over personal heartache and struggle and sought a name to reflect that solidarity. The women wanted to create a name that would embody a warrior spirit and appeal to all women fighting personal battles. Thus, OLIVIA FOX was born – capable, intelligent, brave women supporting others. As the band often says, “We are all OLIVIA FOX.”

OLIVIA FOX has built a strong following through radio-ready recordings and a polished live show that is, by turns, aching, melancholy, hopeful, and bright. With national releases to Triple A, Non-Comm, and Alternative radio formats, OVFX is receiving consistent airplay in many markets. Local NPR music critic Bill Brownlee recognized the band as "one of the most fully realized musical acts in Kansas City.” He called the group “polished” and “eminently marketable” before describing the group’s music: “As synthetic beats contrast with traditional folk harmonies, the hushed song [Play the Game] becomes a wondrous combination of tension and tranquility — as enticing as a romantic whisper.”

Voted Kansas City’s Best Vocalist, Jessica is a master storyteller, translating personal experience into music that is sophisticated, diverse in its influences, and instantly relatable. Her commanding voice has been described as equal parts Norah Jones and Janis Joplin, an uncommon union of sultry warmth and raw power. Jessica recently recorded her second album at the legendary Bear Creek Studio.