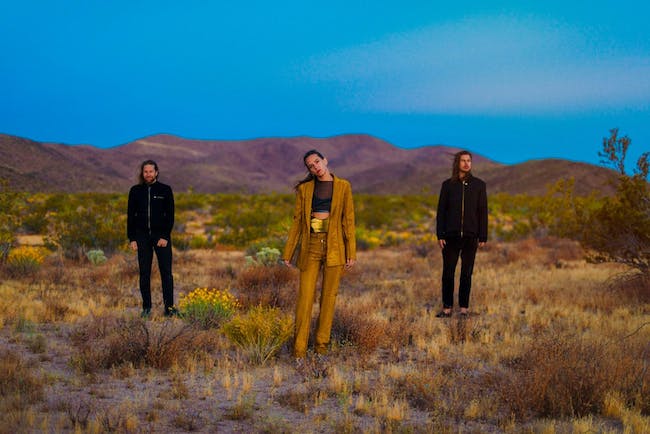 Facebook
Twitter
Email
Their shows perfectly bridged the gap between Rock and Dance - All played on guitars and drums without using computers or samples.

It hasn’t taken long for Amsterdam based trio MY BABY to build up formidable live reputation by touring relentlessly and by creating a unique, one of a kind sound. Not only have their shows perfectly bridged the gap between Rock and Dance Music. Their roots driven hypnotic dance music has casted a formidable spell and has taken the world by storm. It’s a sound informed by gospel and blues singing and playing fused with ancient folk melodies. Added to that is the rawness of seventies funk, African desert blues, Moroccan gnawa, Indian raga and a touch of EDM all played on guitars and drums without using computers or samples.

Over the years they’ve had tons of requests by fans and media to capture this magic, in a form of a live recording of their songs, exactly the way they are performed on stage.

It’s always a challenge to put long live jams on a record, but the band has achieved the exact sound which they were aiming for. “On stage we always get such an amazing feedback from the audience, which feeds and gives great energy to the show, so this recording was especially tough” – adds lead singer Cato. This also means that our audience, who are used to listening to the album versions can discover – in some cases dramatic – changes. “We’ve reworked some of the songs into almost completely new ones.” Says drummer Joost van Dijck

They were in the studio, for a whole week, recording everything in one room and finally they’ve achieved the sound – and the feels – the audience gets at a MY BABY show. So, we’re ever so happy to bring you MY BABY LIVE!