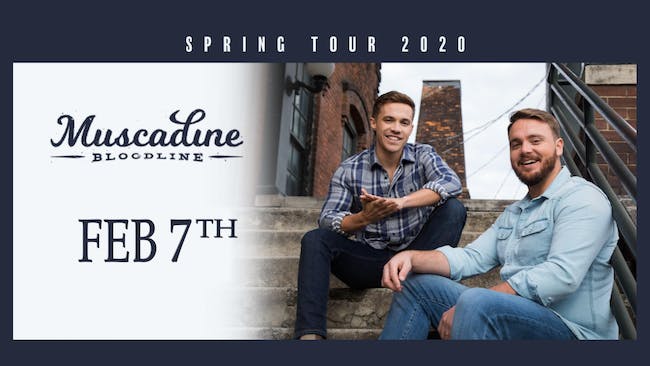 There’s a new force making major waves in country music, Muscadine Bloodline. Proud natives of Mobile Alabama, Gary Stanton and Charlie Muncaster started Muscadine Bloodline in early 2016. From the first time they took stage, Nashville started talking... so now, with two Billboard charting critically acclaimed EP’s under their belt, it’s no surprise the rest of the music world is quickly catching on. The duo’s reputation for high-energy live experiences has resulted in a schedule full of shows spanning from coast to coast. Charlie’s contemporary vocals complimented by Gary’s harmonies and masterful guitar licks make MB a powerfully refreshing mix of talent, passion and unfiltered authenticity. Infamously undaunted by the big stage, their sound intertwines the brash irreverence of early southern rockers with the seductive quality of 90s country love songs. Captivating hooks heard in songs like “Movin' On” and the aggressively anthemic “WD-40” stand as a testament to MB’s wide ranging music-making capability. Every song and every show is a moving experience but at the same time, unmistakably Muscadine Bloodline.

Jordan Rowe’s love for music and dream to become a successful country artist began when he was just a kid in the heart of South Georgia in the small town of Adel, where he was born and raised.

Jordan grew up listening to artists such as Joe Diffie, Alan Jackson, and Luke Bryan, all of which have played a major role in how he has crafted his own sound. At the age of eight, he learned to play the drums, which he played for most of his younger years in his church’s worship band. It wasn’t until he was a teenager that he decided to begin guitar lessons, all the while he was teaching himself to play the piano at home.

Jordan always loved the thought of writing and recording his own songs for the rest of his life, but he also wanted something to fall back on, which led him to attend the University of Georgia. There, he received a degree in Agribusiness and Music Business. While attending college and being only five hours from Nashville, he would travel back and forth on breaks and weekends to write with some of country music’s younger generation of hit songwriters, such as Ray Fulcher, Thomas Archer, and Cole Taylor, to name a few.

Jordan made the move to Nashville in June of 2019 and celebrated the release of his first self- titled EP a month later. His artistry has been described “as traditional as Alan Jackson, but as fresh, young, and fun as Jon Pardi.”

He continues to write songs five days a week and plans to have a big upcoming year filled with many more shows and a ton of new original music. Stay tuned! 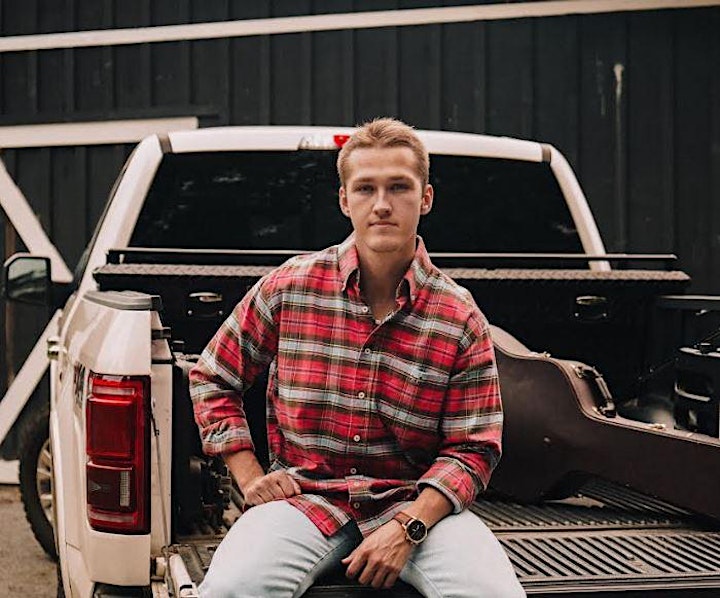