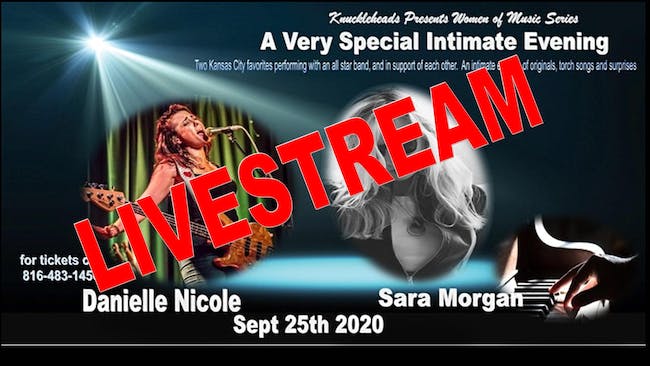 This is a livestream ticket only for those who want to watch from home. The live show will sell out and this ticket will not get you access in to the live show. This is for a online only livestream.

This has to be one of the finest shows we have ever put together. These two ladies are two of our favorites and they have agreed to preform together and do mostly ballads and trade lead and harmonies, They will be joined by Will Puckett on Keys, Brandon Miller and Carl Butler on guitars and Terry Hancock on percussion. and James Albright on Bass .

I can't wait to see this show! Frank

Nicole's distinctive, inventive bass work—which resulted in her becoming the first woman to win the Blues Foundation's 2014 Blues Music Award for Best Instrumentalist, Bass—is the product of years of intensive roadwork. Although she had no experience with the instrument when she became Trampled Under Foot's bassist, now she can't imagine life without it. Danielle is a 2019 Grammy Award Nominee , Her strong vocals can warm your heart and bring tears to your eyes