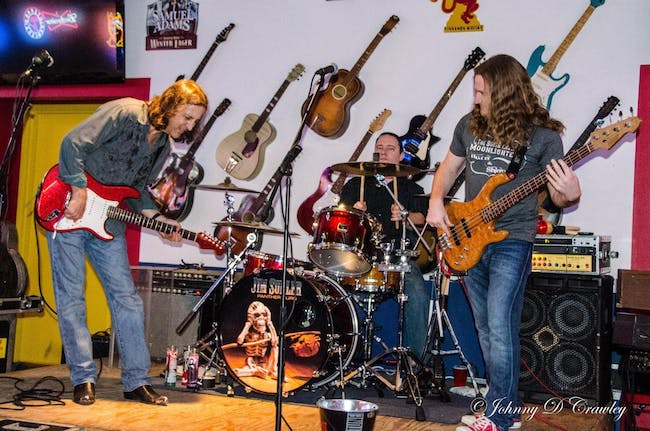 Blasting out Texas blues/rock for over twenty years! Along with Suhler on guitar and lead vocals, the band includes bassist Patrick Smith, keyboardist Shawn Phares and drummer Beau Chadwell. Together, they've been terrorizing clubs, theaters and festivals alike with their flamethrower brand of blues/rock. with a major side order of the Texas border mythology added to keep it spicy.

The same take-no-prisoners attitude has prevailed in Jim Suhler's playing as a guitarist with George Thorogood and the Destroyers, with whom he's recorded, toured and written songs for over ten years. Suhler has often been included in many of the "Top Ten Guitarists" lists featured in several music publications.