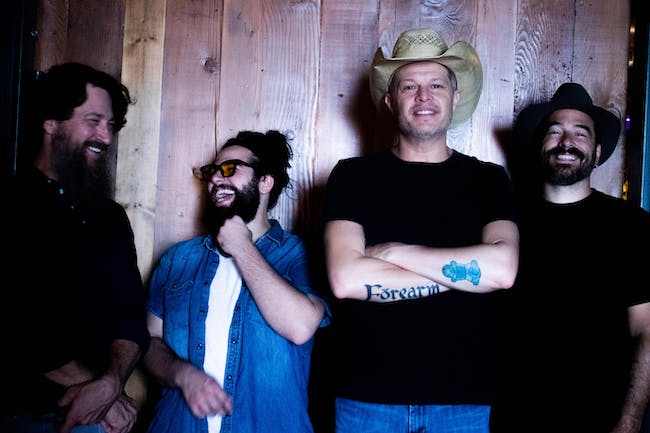 Facebook
Twitter
Email
While the Stragglers draw from rock and folk, make no mistake: they traffic in unfiltered, unfettered honky-tonk, raw and lean.

“We’re just trying to make something that we’re proud of,” lead songwriter and vocalist Boland says. “If any more people want to take notice of it, they’re welcome.”

On stage, Boland leads a raucous party. Off stage, he’s mellow and warm, often wryly philosophical. But no matter where he is, he’s always grateful. “You play the dimly lit honky tonks of the world and take the music to the people, several at a time,” he says. “Some shows are huge, some shows aren’t. You take the good and the bad and you go down the road. And you think, ‘Isn’t that what everybody’s going for?’ Well no, it’s not. But that’s what we look back on and always smile about––the shaky ground that we’ve always been on. The uncertainty of it all.”

The Whiskey Benders. Outlaw Jim and The Whiskey Benders are a hard-hittin' Outlaw Country band with roots in the sounds of Waylon Jennings and Merle Haggard, as well as influences from New Orleans Funk and Southern Rock.