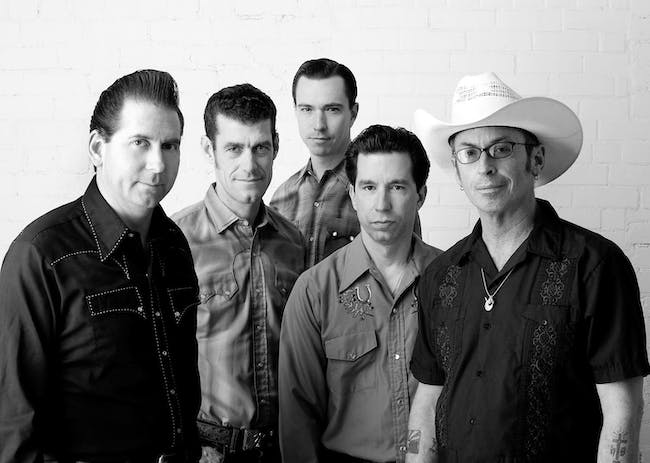 Facebook
Twitter
Email
The Hacienda Brothers Band is getting back together to do some reunion shows as a tribute to Chris Gaffney, with all the original members.

This year, the Hacienda Brothers Band featuring original members Dave Gonzalez, David Berzansky, Hank Manninger and Dale Daniel, are reuniting to perform a few special shows to honor their friend and bandmate Chris Gaffney. They will be performing songs off the latest record Western Soul and from their previous four releases. The band was nominated in 2007 for the Americana Music Awards "Group of the Year" category and was rolling with momentum until the tragic death of Gaffney in 2008. Western Soul, the band's final album released in 2019, now showcases these long-lost studio tracks along with the band's original demos, some rough mixes and a few alternate takes. The album is sixteen cuts comprised of either new songs or versions of songs that have never been released before. The four demos represented here, all in their original form, were the songs that were sent to the legendary producer Dan Penn back in 2003. Upon receiving the songs, he immediately told the guys that he heard a sound coming out of the Tucson sessions that he dubbed Western Soul. It was these first demos that got Penn excited enough to get in his Lincoln Town Car and drive from Nashville to Tucson Arizona to produce the band's first two records. With this show, the Hacienda Brothers band will gather to pay homage to their friend and bandmate Chris Gaffney, or Gaff as we all called him. He is truly missed but on this night he will be remembered and honored. We hope you can join us in this very special evening.