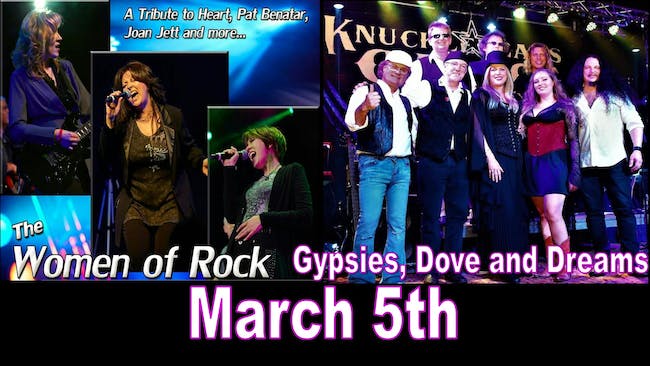 Facebook
Twitter
Email
Superstar Evening of the Greatest Songs from Stevie Nicks and Fleetwood Mac, Joan Jett, Heart, Pat Benetar with a Superjam at the finale!

Featuring sisters Barbara and Lisa Bowman, The Women of Rock is a tribute to some of the most well-known and influential female rock artists of the seventies and eighties. Backed by some of Kansas City’s best musicians, Barbara and Lisa recreate the vocal sounds of artists such as Stevie Nicks, Pat Benatar, and Heart. They have opened for Grand Funk, Blue Oyster Cult, 38 Special, The Little River Band, The Guess Who, Electric Light Orchestra, and others. Experience great classic music with The Women of Rock.