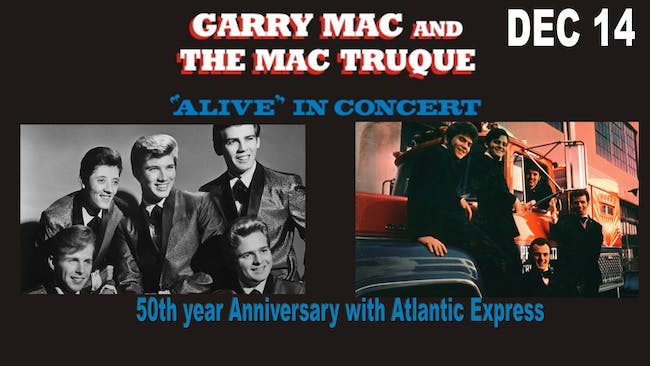 Garry Mac and The Mac Truque

From the 1969 Capitol Records Release –

Garry Mac and the Mac Truque

“Mac Truque is the power-house name of probably the biggest five-man group to ever turn on an amplifier. Big, because these five guys manage to play 13 instruments, and sing too, and their versatility and flexibility are amazing. Great, and nothing short of amazing!

Groups come and groups go, but the Mac Truque, arranger and organizer Garry Mac put the whole thing together seven years ago (1962), and they’ve been under full power ever since, traveling and performing all over the country without even a pause to record a debut album for Capitol, which was made during a concert. Garry founded the Truque on the philosophy of a driving instrumental sound, and to make sure it drives well, all the guys play a brass instrument (four trumpets and three trombones are involved). Everybody sings, and not one of the guys plays fewer than five instruments, with Garry playing everything (rarely drums). All hail from Kansas City, and the rest of the story can be heard right here. It’s a dramatic experience in talent, skill and big exciting sound!”