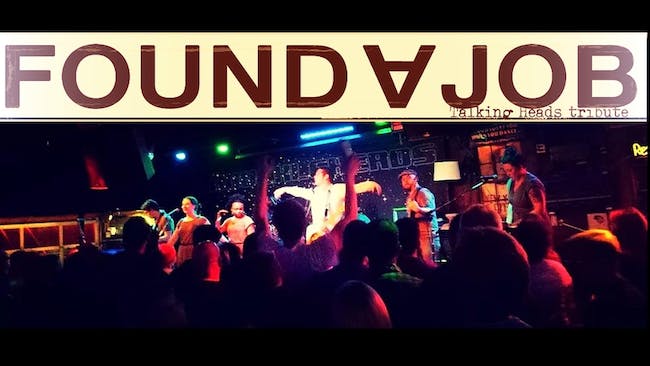 Talking Heads Tribute act. We appeal to a wide range of demographics due to the appeal of the band's music from the 70s and 80s. Currently we play 2 hours of their music, complete with choreography ala the classic concert movie Stop Making Sense.

Formed in 2012, Found a Job started as a one-night only tribute performance and has since become an 8-musician performance troupe. Playing music centered mainly around the band's EXpanded Heads era (Remain in Light, Speak in Tongues, Stop Making Sense), the ensemble also covers songs outside of the era to include radio hits such as Road to Nowhere, And She Was, Take me to The River, once in a Lifetime, and Burning Down the House.