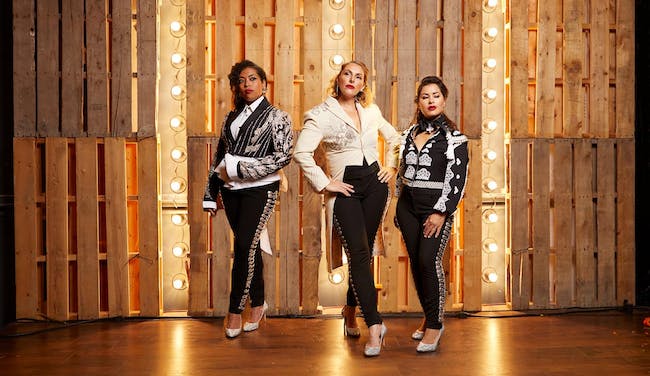 Like thelegendary Love Potion the Toloache flower is used for in Mexico, the ladies of Flor de Toloachecast a spell over their audiences with soaring vocals and physical elegance. The group is led byco-band directors Mireya I. Ramos on violin and Shae Fiol on vihuela. Together, they havegraced international stages from Chenai, India to Paris, France and have extensively toured theU.S. as supporting act for ​Dan Auerbach​​ of “​The Black Keys​​”’ new project “The Arcs", as wellas ​Cafe Tacvba​​, ​La Santa Cecilia​​, and ​Natalia Lafourcade​​. Upcoming shows include the ACLFestival in Austin TX, Alaska tour with Ozomatli and dates with Ana Tijoux.