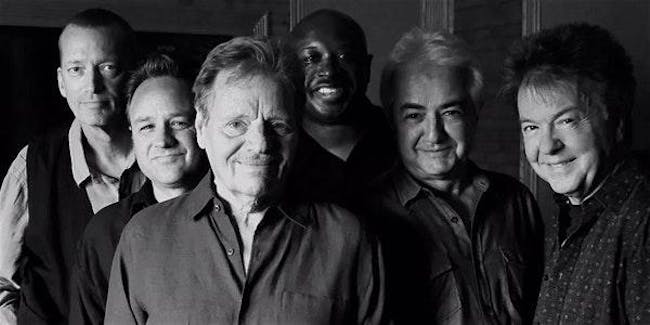 Tall, Dark, & Handsome (Thirty Tigers/Hot Shot Records), the follow-up to Delbert McClinton’s 2016 Prick of the Litter, offers the easy balance of experience and adventure that has characterized his career for more than sixty years. With this, his 26th original album, Delbert celebrates the strength of his songwriting expertise, the energy of his live performances, and the drive of his touring band.

Delbert is the definition of road warrior, having traveled the highways from coast to coast for each of those 62 years. The band on the album is his live band, and he admits, “I love this band. This is the best combination of musicians I have ever worked with.”

Rolling Stone calls him the “Godfather of Americana Music,” and rightfully so. Delbert’s musical style grew from his Texas roots. A little Tejano. A little Bob Wills. Throw in some Jimmy Reed harmonica. Add a splash of Big Joe Turner, and a big band horn section. He has also been nominated for Grammys in the Country category, and has been featured in media from the Los Angeles Times to the Washington Post. He has developed a sound that continues to serve him well, as evidenced by the three Grammy Awards for Contemporary Blues on his mantel.This year, he received the fifth prestigious sidewalk star in Austin’s historic Paramount Theater on Congress Avenue, an honor that he shares with only two other musicians (Lyle Lovett and Jerry Jeff Walker) and two celebrated actors (Jaston Williams and Joe Sears, of "Greater Tuna" fame). Also in 2019, The Nobelity Project, which has honored Dan Rather, Kris Kristofferson, and many more, awarded Delbert McClinton with the prestigious Feed the Peace Award, as a dedicated and generous supporter of many great causes throughout Texas and the nation.His career truly defines Americana music: Delbert’s unique story of American history – with big horns, a strong rhythm section and a hot harmonica lead. To borrow from one of the songs on Tall, Dark & Handsome, whether he’s doing a live show or a recording, you can be assured that Delbert McClinton “don’t leave no chicken on the bone.”