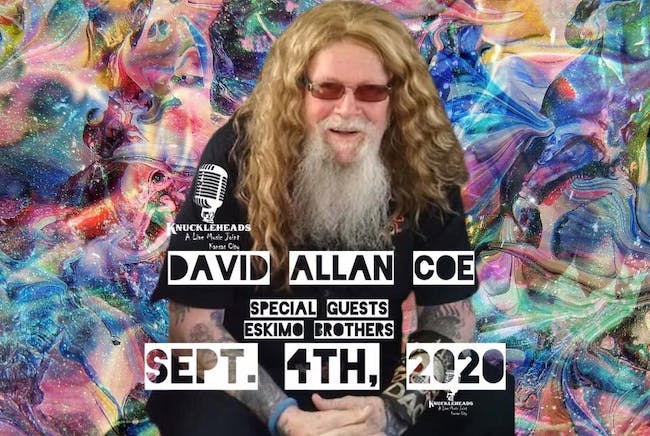 David Allan Coe is one of the most celebrated and controversial artists to emerge from the outlaw country movement; a gifted songwriter and a charismatic performer, Coe is also a man who has followed his own path even when it meant traveling the hard way, and his life has been full of bad luck and misadventure. Few artists in any genre have as many tall tales and wild allegations attached to their name (some of which have been spread by Coe himself), and there are plenty of fans who love him or hate him for reasons that have nothing to do with his music. Despite it all, Coe's songwriting reveals a greater intelligence and emotional range than his reputation would suggest, and his best music is a bracing mixture of country, blues, and rock & roll.

The Eskimo Brothers are a reckless, manic high energy honky tonk trio based out of Nashville, Tennessee.