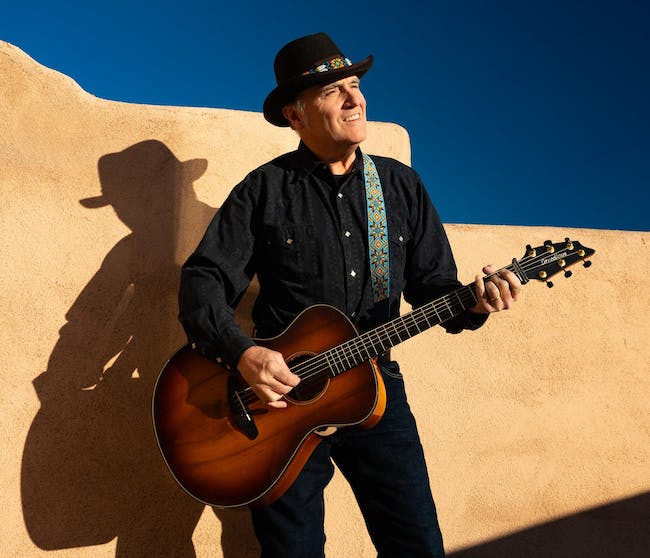 Dana Cooper in the Gospel Lounge

Dana Cooper is a poetic songwriter, an insightful storyteller, and a rousing musician whose performances engage and inspire audiences around the world. Cooper’s mixture of flat-picking, finger-picking and percussive strumming style is legend among other guitarists. An expressive singer, his voice is ageless, evoking a rich lifetime of experience. Fellow singer songwriter Buzz Holland says “Cooper is a person who can sing like an angel and play like the devil."

He is an integral figure in the Music City songwriting community collaborating with renowned writers including Tom Kimmel, Sally Barris, Kim Carnes, Don Henry, and Kim Richey. Cooper has been invited to participate in songwriting workshops from Belfast to Copenhagen to Austin.

His critically acclaimed Miracle Mile on Compass Records was nominated for a Nashville Music Award as “Best Pop Album” and was chosen by Performing Songwriter Magazine as one of the top DIY recordings for the year. Cooper's co-producer and guitarist on the project, Josh Leo, has played with Kim Carnes, Jimmy Buffet, J D Souther, and also produced the Nitty Gritty Dirt Band, Kathy Mattea, Bad Company, and LeAnn Rimes. Lyle Lovett and Maura O'Connell sang harmonies and George Marinelli of Bonnie Raitt's band joined Leo on electric guitar.

Harry Truman Built a Road was named one of the best records of the year by The Tennessean and was also chosen as one of the top twelve DIY recordings. Made of Mud released on King Easy Records won Cooper the “Best Male Songwriter Award” by Indie Acoustic Project.