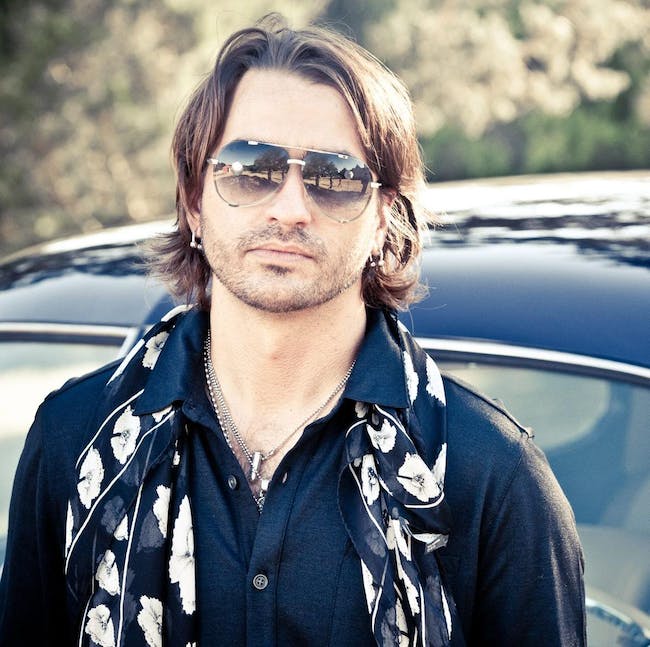 It's been a quarter century since Canada kicked off his career. A road warrior and prolific songwriter, Canada was the frontman of Cross Canadian Ragweed, a wildly influential band that dominated the Red Dirt scene for more than a decade, and made music that reached far beyond the genre's borders, selling millions of albums and playing for huge audiences across the U.S. Canada formed the Departed in 2011. With 3, he nods to his former band's glory days, brewing up a sound that's inspired by outlaw country icons of the 1970s and rock bands of the 1990s.

"This record sounds like Cross Canadian Ragweed between 2002 and 2006, and it goes back to the way I originally started writing songs," he says. "It's observational writing. I was inspired by the bad news on the television. The good news, too. I was inspired by falling in love all over again with my wife, by watching my kids go through life, by politics, and by the modern world."

He also found inspiration in his bandmates: bass player Jeremy Plato (who's played alongside Canada for decades, beginning with Cross Canadian Ragweed's first album) and drummer Eric Hansen (a longtime friend currently celebrating his third year with the band). Also joining the Departed in the studio was McClure, an acclaimed songwriter and producer who helped oversee multiple albums for Cross Canadian Ragweed. 3 marks McClure's first collaboration with Canada since the Departed's formation.

"I've been following Mike since I was 16 years old," Canada explains. "I remember the first time I ever watched him play a show, and I thought, 'I want to do that.' When I started the Departed, I wanted it to sound different from what I'd done before, so I didn't bring him into the fold at first. It's good to have him back as producer. I feel like have all the elements we need now."

Songs like "Lipstick" — a heartland rocker, shot through with harmonica and thick harmonies — was partially written in the recording studio, with all musicians contributing to Canada's original idea. Others were written on the road, their compositions cobbled together from iPhone recordings and soundcheck jams. Also tracks like "Sam Hain" deliver a pissed-off, political punch, 3 represent the Departed's happiest album to date — a result of Cody Canada's own attitude toward his life and his band.

"I'm a fan of love," he says unapologetically. "I love my wife, who I've been with for 20 years. I love my kids. I love my friends. These songs come out of the good times and the bad times, but the recurring theme of this thing is me finding my happy area. I've finally found comfort in who I am. My band's where it needs to be. I don't need to fight it."

Canada was the frontman of Cross Canadian Ragweed, a wildly influential band that dominated the Red Dirt scene for 16 years, and made music that reached beyond the genre's borders, selling millions of albums and playing for huge audiences.