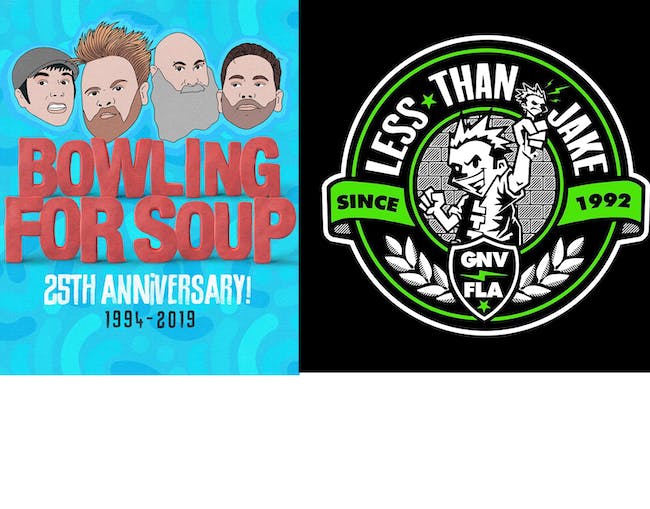 The meet and greet will start 6:00PM and you must arrive on time. Please be at the main entrance no later than 5:45PM. The start time of the meet and greet may be subject to change due to weather or reasons beyond our control. If the time changes we will notify you through the Showclix system.

Bowling for Soup is an American rock band originally formed in Wichita Falls, Texas, in 1994. They will be celebrating the 25th anniversary of the band in June of 2019. They released “Live at Brixton” concert on Black Friday (Nov. 23rd) of last year. It is available on all online retailers/digital streaming providers as well as on DVD for all old schoolers!