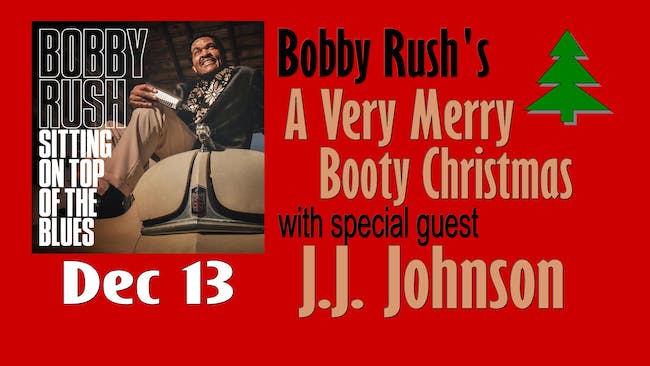 To date Bobby has earned 12 Blues Music Awards and 48 nominations, including the prestigious B.B. King Entertainer of the Year Award and Album of the Year. Rush co-starred in the 2014 documentary Take Me to the River alongside Terrence Howard, Snoop Dogg, and Mavis Staples. That same year, Bobby joined Dan Aykroyd on The Tonight Show With Jimmy Fallon to perform two songs, marking his first late-night television appearance.

Even as streaming and shifting technological trends transform the recording industry, Sitting on Top of the Blues is certain to extend his winning streak. “Records ain’t selling like they used to, but nevertheless you have to keep going to the grinding mill to get corn ground,” says the Blues Hall of Famer. “You can’t make a hit record. You do the best you can and hope it’ll be a hit.” Make no mistake: Bobby’s once again at his very best on Sitting on Top of the Blues.