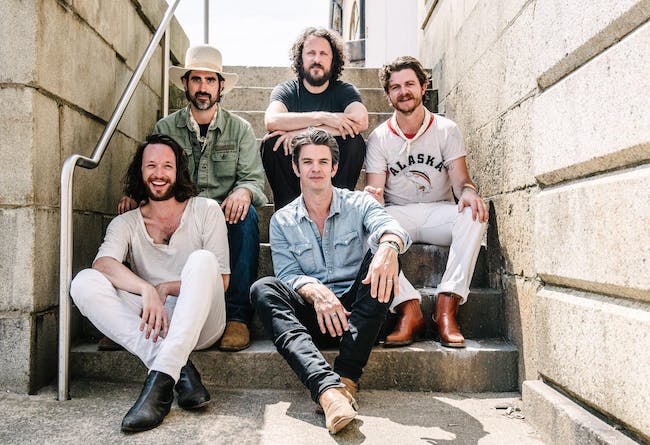 Americana stalwarts The Band of Heathens recently went into their hometown studio in Austin, TX deciding to record their own version of the classic Ray Charles album A Message From The People. In a time where the downtrodden need a voice again, the Heathens have delivered the message paying homage to one of the most important voices in American song history.

The band will be doing some limited touring to support this release with a 2 set show; one set will be the performance of the Ray Charles album and another set of The Band of Heathen’s own brand of American music.

Ray’s voice became the voice of an elder—a true master was speaking to us from the past. There is sorrow, protest, and anger but also resolve, hope, and deliverance. On the final track of the record, Ray saved us the most powerful message and the perfect coda. The definitive version of “America The Beautiful” is absolutely glorious. It is quite simply the apotheosis of soul. Ray may as well have been singing that to us from a mountaintop because that’s what it felt like in that moment. “America! God done shed his grace on thee! He crowned thy good, he told me he would, with brotherhood from sea to shining sea!”

Going forward, our hope is that our performance of these songs has sufficient merit to carry the listener without distraction to the musical feeling that we strived to accomplish in these recordings — a spirit of brotherhood, hope and understanding, liberty, and justice for all.