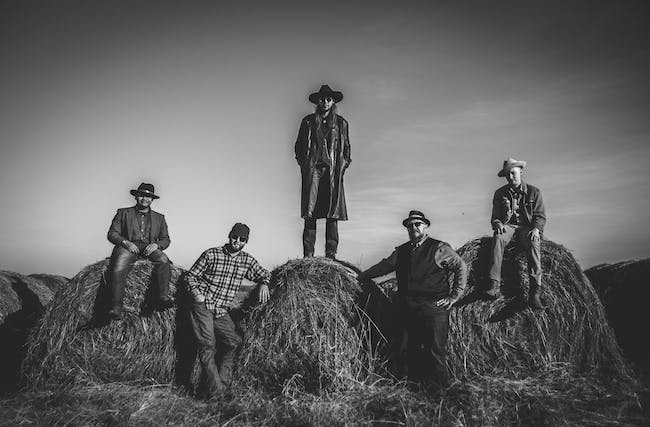 Facebook
Twitter
Email
A mix of folk, blues, old country, and bluegrass. They come together to create amazing music and long-lasting memories!

We are the Amarugia Ridge Runners! Our name comes from the Amarugia Highlands conservation area south of Freeman, Missouri and roughly 49 miles south of Kansas City, Missouri. We are a group of young and adventurous musicians raised in the deep history and folklore surrounding the highlands. The Amarugia Highlands have historically been home to mysteries, moonshiners and music. Our connection to this land and love of the rich history has drawn us together. We perform a mix of folk, blues, old country, and bluegrass. We all come together to create amazing music and long-lasting memories. We hope you will join us on this exciting journey!

The Devon Worley Band was forged out of raw talent. Devon’s undeniable ability drew top-tier touring musicians to her side at a very early age. While every other teenage girl was hanging out at the mall and snap chatting their boyfriends, Devon’s teenage years were spent paying dues, traveling with her band, and touring across the heartland; playing just about every fair, bar and festival in the grain belt.

Fast forward several years and the result is an experienced stage veteran with a highly accomplished band behind her. Now a young adult, Devon Worley and her band have taken the Midwest music scene by storm and are garnering critical acclaim and the attention of professionals across the country. Her ICoMA award winning album, Silver Creek, has caught the attention of not only country music fans, but also Nashville insiders eager to see more of the band’s no-rules writing style.

Riding their own raw edge of country and rock, this band is poised to turn some heads and make some waves, while bringing a brand new attitude to country music. From their songwriting style to their studio recordings, the girl and her band are forging their own unique path. However, their true love is the stage. Their passion for the live show, the audience and their fans is evident; and their talent undeniable.

Catch a show, grab yourself a seat and get ready to be blown away. Welcome to the future