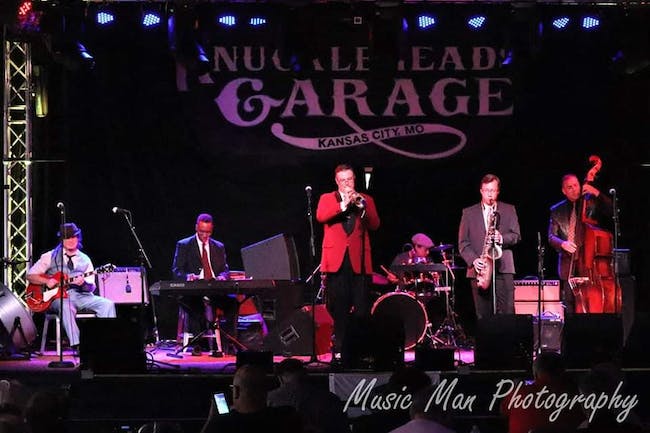 The primary focus and mission of the group is to preserve the heritage of Kansas City Jazz through performance, education, and entertainment.

Alex Abramovitz and His Swing'n Kansas City Jazz Band was founded in 2008 by Alex Abramovitz, a trumpet and flugelhornist, and, pianist, Wayne Alexander as The Dynamic Jazz Duo. During the first few months of the duo's existence, Dynamic Jazz performed a variety of small events, including the spring JCCC Recitals, Spirit of Mission Days, and the Mission Arts and East Festival. Soon, thereafter, the group renamed itself Swing'n.